I figured if nothing else, Snail might really have a good laugh. When I was a kid one of my brothers got me a chicken for Easter. I know you're not supposed to, but he said he knew I would take good care of the chicken and knew it would grow to lay eggs. Anyway, my favorite show was Loredo, that I watched with my dad. And our favorite character on it was Chad Cooper who was Peter Brown in real life. I thought he was so handsome. 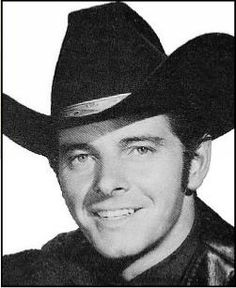 Anyhow, I named the chicken Cooper and had it for a couple of years until my dad said it needed to be with other chickens. I was heartbroken. I walked my chicken every day. Yes, I put a small chain around it's leg and she had a leash. She loved the neighborhood and the kids. It was wonderful. She laid green eggs. She got to come into the house when my mom wasn't home, but when she heard my mom's voice, she would run to the back door, fast as all get-out. She was really smart. Coop was my first pet and I loved her almost as much as I loved Chad Cooper. Yesterday, Peter Brown passed away at 80 years old and it brought back all those memories of Coop my chicken, not to mention Chad Cooper and the times my dad and I had together when I was young. :) I know it sounds odd, but I liked to think that maybe my dad is waiting up there to tell him the story about his daughter loving him at age ten-twelve and naming a silly chicken after him. Because that's what I'm thinking of and smiling.

I told you this was going to be a crazy post and I wasn't kidding. Have a great weekend everyone. Oh, and by the way, my brother built a wonderful chicken coop for Coop in the garage and she lived there laying eggs for two years. He was really good to me. Tony liked Coop too. :) And my dad took me to the farm where they raised chickens for eggs and let me meet the owners for Coop. They were very nice to me and to Coop.

I forgot about Jess. When Coop was about six months old, my brother bought me a second chicken to keep Coop company and I named her Jess after a Laramie character named Jess Harper. HIs real name was Robert Fuller. I think he's still alive as far as I know, but Jess my 2nd chicken didn't make it. We were walking one day and a neighborhood cat attacked Jess. So she died when she was still a chick. Poor thing. But isn't it odd that I named both of my chickens after Western characters and to this day I don't like Westerns. LOL Go figure. 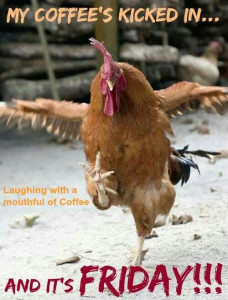